Enjoy a tour of the Cu Chi Tunnels on this boat trip tour from Ho Chi Minh City
Board a new, modern speedboat with a limited number of passengers for a one-hour ride
Explore picturesque canals and the Saigon River

Departure at: 8:00 AM to 2:00 PM. Cu Chi tunnels are an immense network of connecting underground tunnels located in the Cu Chi district which are 70 kilometers North West of Ho Chi Minh City.

They are part of a much larger network of tunnels of around 200Km long that is well known nationwide and worldwide. The Cu Chi tunnels were the location of several military campaigns during the Vietnam War. The tunnels are between 0.4 to 1m wide, just enough for a person to walk along by bending or dragging. However, parts of the tunnels have been modified to accommodate visitors. The upper soil layer is between 3 to 5m thick and can support the weight of a 60-ton tank and the damage of light cannons and bombs.

The underground network provided meeting rooms, sleeping quarters, commanding rooms, hospitals, and other social rooms. Visit to the Cu Chi tunnels provides a better understanding of the prolonged resistance war of the Vietnamese people and also of the persistent and clever character of the Vietnamese nation. From 1988, two sections of the tunnels have been open for visitors.

Sit back and relax, enjoy the beautiful country side as we cruise up the Saigon river to the Cu Chi Tunnels. This is one of the most interesting places to visit Saigon! Once there, our English speaking guide will show you around and share many stories about war time.

If you are adventurous, you can experience what it’s like to go underground in some of the tunnels! For an addition cost, you can even shot some guns in a safe and well supervised environment. 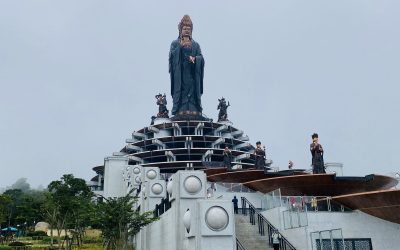 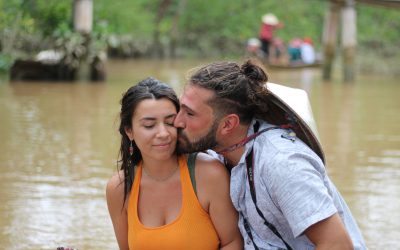